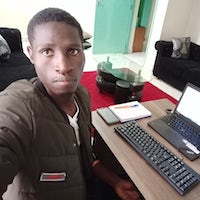 It has been 3 years since the adoption of kotlin as an official language in the android ecosystem. Most developers had already taken the move to the new way of doing things but somehow I believe there are still a bunch of other developers (java devs ) who find it hard to make this move.

This is not a one to one comparison between Java and kotlin but it is about tips and tricks that may help ease the transition from java to kotlin while developing android applications.

and yes from the snippet above you notice that you don't need a (;) for your kotlin code

Type inference refers to the automatic detection of the data type of an expression in a programming language. Kotlin is a static typed language but brings along type inference so you don't have to specify the type explicitly unless it is very necessary .

This is a feature that is now available in java as of (jdk 10) which so far is not supported in android .

in java void is a keyword that is used in functions to specify that the method does not return any type while it is not a type of its own. (the source of null pointer Exceptions😎)

In Kotlin there is no void but there is Unit , The type with only one value, use this incases where a java void is a candidate. while using unit there is no need for a return statement. The notion here is to have functions to at least return an object even if the object will have nothing in it (my own thinking)

same applies to kotlin as Any type represents the super type of all non-nullable types. however there are the following key differences.

This sample kotlin code creates a list of strings then iterates over the list printing each of them on a new line.

As you can notice with when , There vare no complex case/break groups, only the conditions plus it can group two or more equivalent choices, separating them with a comma.

the else part is the default which is required if when returns a value otherwise it is optional.

One of the most common pitfalls in many programming languages, including Java, is that accessing a member of a null reference will result in a null reference exception. In Java this would be the equivalent of a NullPointerException or NPE for short.

In Kotlin, the type system distinguishes between references that can hold null (nullable references) and those that can not (non-null references). For example, a regular variable of type String can not hold null:

if you want an NPE (nullpointerException), you can have it, but you have to ask for it explicitly, and it does not appear out of the blue.🤨

The not-null assertion operator (!!) converts any value to a non-null type and throws an exception if the value is null.

That was a quick intro to kotlin syntax from a java developer perspective , alot of other awesome features I have omited but will leave a note for them

Early this week java 15 was just released and most of the kotlin features are now in java and some even better improved so its upon you to make a choice . One thing about kotlin is that in a way it defines the future of java and the jvm. 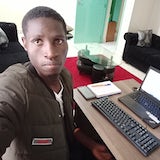